Somewhere yesterday Luppp passed the 30 k lines mark, currently on 30, 255. There's been quite some UI work going on, as well as some (essential) features being implemented in the engine... full update soon :)
Posted by Harry van Haaren at 3:42 AM No comments: Links to this post

A couple of days ago a piano popped up on Adverts.ie, "free to take away". Since I've been wanting to try my hand at some piano tuning without detuing a piano playable, this was the opportunity to get cracking with that. So we picked up the piano from Clonmel, Co. Tipp on Sunday, and took it back home. 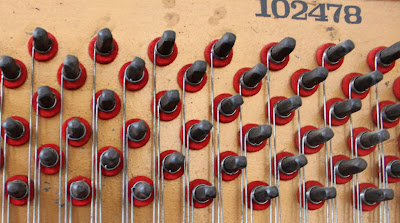 After a bit of googling and checking websites I found one that had all the Broadwood serial numbers, and I checked up what its approximate build year was: 1907. That makes her 104 years old :) It seems that the convent in Clonmel bought the piano new, and used it there until they were recently donated new Roland digital pianos, hence this was being thrown out. Some kind folks took it home instead of letting it be thrown in the skip, and they popped it up on adverts which took her to Co Clare.

Everybody that tuned the piano seems to have signed a key: perhaps this is a trait like a mechanic marking when the timing-belt has been done ;) 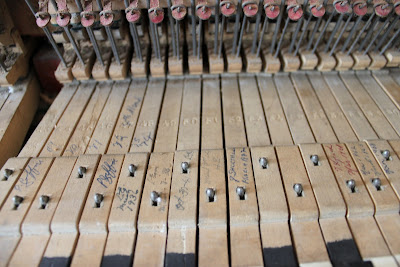 Today was spent just cleaning it up a bit: there was quite some dust, some spiders, spiderwebs etc, that's all gone. Next up was to take off the action, and the remove the keys. 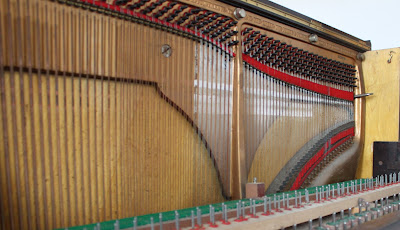 Each key got a good cleaning with some ivory-friendly cleaning agent, and was then allowed dry off.

Got a good look at the case under the keys didn't show any signs of the wood being worn, so there isn't any need for structural woodworking. Delighted: restoring the action case would have been quite some work.

Then to putting the keys back on, and making them all sit right. A couple of the keys action wasn't smooth enough to lift the key once the hammer's pressure was on it, so some of the pins were bent back into place, a coulpe of others needed a bit of a twist to make it fit. 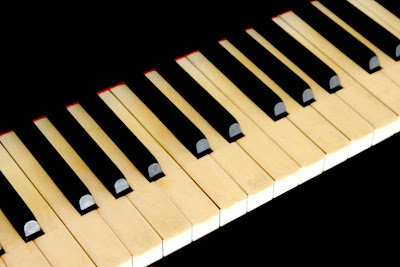 Once all back in place, it was time to get the tuning gear, and get going. By then end of the day the A's and G's were pretty ok.. even though when I'm next at it, it will probably have sagged enough to not notice much.

That's all for now!
Posted by Harry van Haaren at 2:39 PM No comments: Links to this post